What Does AI Offer Users of Mainstream Enterprise Systems?

This article is one of a series on the subject of Artificial Intelligence in mainstream enterprise computing.

Here again some definitions are necessary. By “enterprise systems”, we mean solutions built of software applications, data, and supporting technologies which enable an organization to achieve its distinct goals and create value for its stakeholders. But we also include in this definition of system, the humans who use the system, the humans who derive some benefit from it, and the policies and operating procedures which govern the use of the technical solution. By “mainstream”, we mean those solutions that are widely adopted or that have the potential for wide adoption yielding transformed operational processes across industry sectors.

It is tempting to omit computer games from this discussion. We might not think that they create real value for the stakeholders. But the consumers who pay for them clearly find value in them as a form of entertainment. Further, the broad genre of computer applications, games and simulations, which incorporate advanced AI technologies, create stakeholder value as training and development platforms. One need to look no further than commercial flight simulators which allow students and pilots of all levels of experience to train and learn without the risk of making inappropriate contact with the ground in a real aircraft with real people aboard.

For over half a century, enterprises of all kinds have adopted successive generations of information technology to create stakeholder value by increasing sales, reducing costs, producing widgets, or delivering services faster and more reliably. Organizations of all sizes today use a computer of some kind to house their Systems of Record – a system for the collection and management of transactional information, for operational needs and management reporting. Some organizations find ways to achieve competitive advantage through clever uses of Information Technology, often doing the same thing as their competitors, just doing it faster or cheaper. We can call this a System of Differentiation. A few companies change the marketplace through Systems of Innovation – innovative applications of Information Technology.  A leading Information Technology research firm introduced this three-layer model in 2012, referring to it as “Pace Layered Application Strategy” (Gartner, 2012) because each layer promises to drive organizational change and accelerate value creation at a different pace.

The most well-known example of Systems of Innovation is an entire enterprise – Amazon.com. Beginning as an online bookseller, Amazon innovated so profoundly that they almost single-handedly killed brick and mortar bookstores. It is telling that they are not known as Amazon, Incorporated, or the Amazon Company. They are known by their Internet domain name. Today, their technology innovations have not only transformed how households and business acquire all manner of goods, their technology itself has become a market-disruptive service in the form of Amazon Web Services (AWS). Further, AWS, along with Microsoft Azure, IBM Watson, and others are now commoditizing elements of their AI infrastructure providing an unprecedented opportunity for enterprises which are not among the “tech giants’ to employ these technologies in their pursuit of stakeholder value.

Table 1 lists a sample of the AI services provided by AI that enterprises can integrate into their systems. According to Amazon, “you get instant access to fast, high quality AI tools based on the same technology used to power Amazon’s own businesses.” (AWS, 2021)

With access to exponentially more powerful computing capabilities and the capacity to cost-effectively generate and store vast amounts of data many organizations are just trying to make sense of the ever-increasing waves of transactional data created by operational activity. Even so, the goal posts keep moving. Organizations must do more than simply keep up with volume. They must find differentiating and innovative ways to extract value from the data, to intelligently steer the enterprise, one operational process at a time, through Systems of Intelligence.

Systems of Intelligence is a fourth layer not explicitly anticipated in the 2012 Gartner report in the sense that it offers the potential of something beyond what we traditionally call innovation. In Gartner’s Pace Layers, we think of innovation as something humans do, enabled by technology. The human has a hypothesis about the market or a particular kind of stakeholder. A System of Innovation, relying on machine learning still depends on a hypothesis formed by a human, but it offers the promise of validating or invalidating many hypotheses, quickly, throughout a complex enterprise.

Data warehouse analytics was once called innovative. Today, the ability to process massive amounts of data and produce meaningful insights are a mature technology – mature enough to be called “traditional”.  These technologies can create significant stakeholder value, but they suffer from a fundamental limitation. They are all backward facing. Industry research analyst David Floyer said this, “Traditional Data Warehouse Analytics empower the few to steer the ship by analyzing its wake.” (Floyer, 2015) Traditional analytics most often deliver value as hindsight. Predictive analytics attempt to add value as foresight. But the accuracy of predictions can be diminished by age of the data. Analyses are often based on data which is days or weeks old. Results are published in reports and dashboard to managers and executives who then decide what to share. In contrast, the vision for Systems of Intelligence is real-time, or near real-time analyses, recommendations, and decisions, in the hands of the information producer and consumer. The idea is, process as much data as possible, as quickly as possible, with the best available algorithms to steer the ship intelligently, collectively, and organically with a forward outlook.

Machine Learning often dominates discussions about AI in which the topic is novel problem solving and modeling and deriving insights from massive and complex data. In the potential for widespread enterprise adoption however, several kinds of AI have the potential to create stakeholder value, separately or in combination.

This is not an exhaustive list, but these four kinds of AI are relatively easy to define empirically through well-known examples. Stanford’s One Hundred Year Study on Artificial Intelligence — “Artificial Intelligence and Life in 2030” — lists 11 applications of AI each of which are forms of narrow AI. Some of the most compelling applications, or use cases, employ more than one kind of AI. For reasons of space and simplicity, we will go only a little deeper into the found kinds of AI mentioned above.

Natural Language Processing (NLP) is the ability of a machine to process human communication in its natural form, written or audible, and generate human-understandable responses in a natural form. Apple’s Siri, Google’s Assistant, and Amazon Alexa are well known examples of the tech giants. Many other enterprises are today using some form of NLP. Airline reservation systems are a prominent example. In this case, the organization derives stakeholder value by providing customer service for routine matters at a lower cost than doing so with human agents.

Image Recognition appears in Google’s reverse image search at images.google.com. Instead of typing a search term and receiving images as result, a user can provide an image and the technology tells you what it probably is, where to read about it and a selection of visually similar images.

The photo in Figure 2 (taken by the author in February 2020) returned the primary result “Western Wall” even though the most visually prominent object is not the wall but the Dome of the Rock and other structures beyond the wall. A review of the visually similar images suggests an explanation. Many of the visually similar images were captured from the same direction but with a wider view. In them, the Western Wall is visible along with the Dome of the Rock. The images appear to have a relatively larger number of metadata tags which refer to the Western Wall rather than the Dome of the Rock. This reveals potential weakness of image recognition technologies. All AI must be “trained” in some way. That is, we give the machine examples and tell it how to recognize important things in the examples. In this instance of image recognition, users contribute images and add keywords or metadata about the image. Because many images in the training data containing the Dome of the Rock are tagged with keywords referring to the Western Wall, Google’s algorithm says this is a photo of the wall, even though the wall is not visible. This answer is in the right neighborhood, in more ways than one, but it is not correct. A human observer would say this is a photo of the Dome of the Rock, not of the Western Wall.  As impressive as the technology has become, it is not able to overcome poor training or a bias in the training data. Because of errors like this, humans need to supervise the machine’s output, especially when that output is used to inform high-stakes decisions. With enough correction provided by human supervisors, the machine will learn more and produce increasingly accurate results. 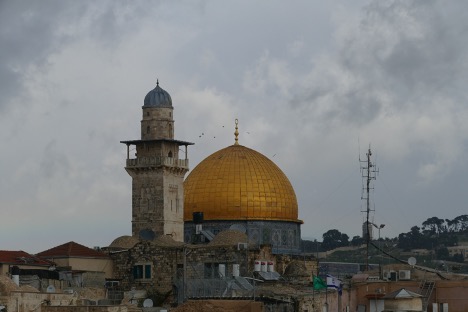 Figure 2: The Dome of the Rock, Jerusalem (Source: the author)

We will be delighted to hear from you.

We look forward to knowing more about you and how we can make a very
positive difference for you.

Find out more or adjust your settings.

This website uses cookies so that we can provide you with the best user experience possible. Cookie information is stored in your browser and performs functions such as recognising you when you return to our website and helping our team to understand which sections of the website you find most interesting and useful.

Strictly Necessary Cookie should be enabled at all times so that we can save your preferences for cookie settings.

If you disable this cookie, we will not be able to save your preferences. This means that every time you visit this website you will need to enable or disable cookies again.